“There will come a time when the painting will no longer be enough. The pictorial works will be swirling musical compositions of huge colored gases”.
Challenging centuries of immobility, once and for all freeing sculpture from closed forms and classical beauty, Umberto Boccioni, worthy pupil of Giacomo Balla, rummaging in the seeds of an era in which the first airplane, the first car, the first telegraph, weaved the roots of modernity.
“Futurism adopts movement as its principle and sole end. The development of a bottle in space and unique forms of continuity in space begin the only truly great evolution of contemporary art” wrote Lucio Fontana in 1951.
And it is no coincidence that the American archistar Frank Gehry has openly declared: “Boccioni’s lesson was the basis for the design of my futuristic buildings such as the Guggenheim in Bilbao. The straight lines of my constructions, in the tension to cut through the air, have become deformed, becoming an arc, a parabola, a trajectory indeed”. 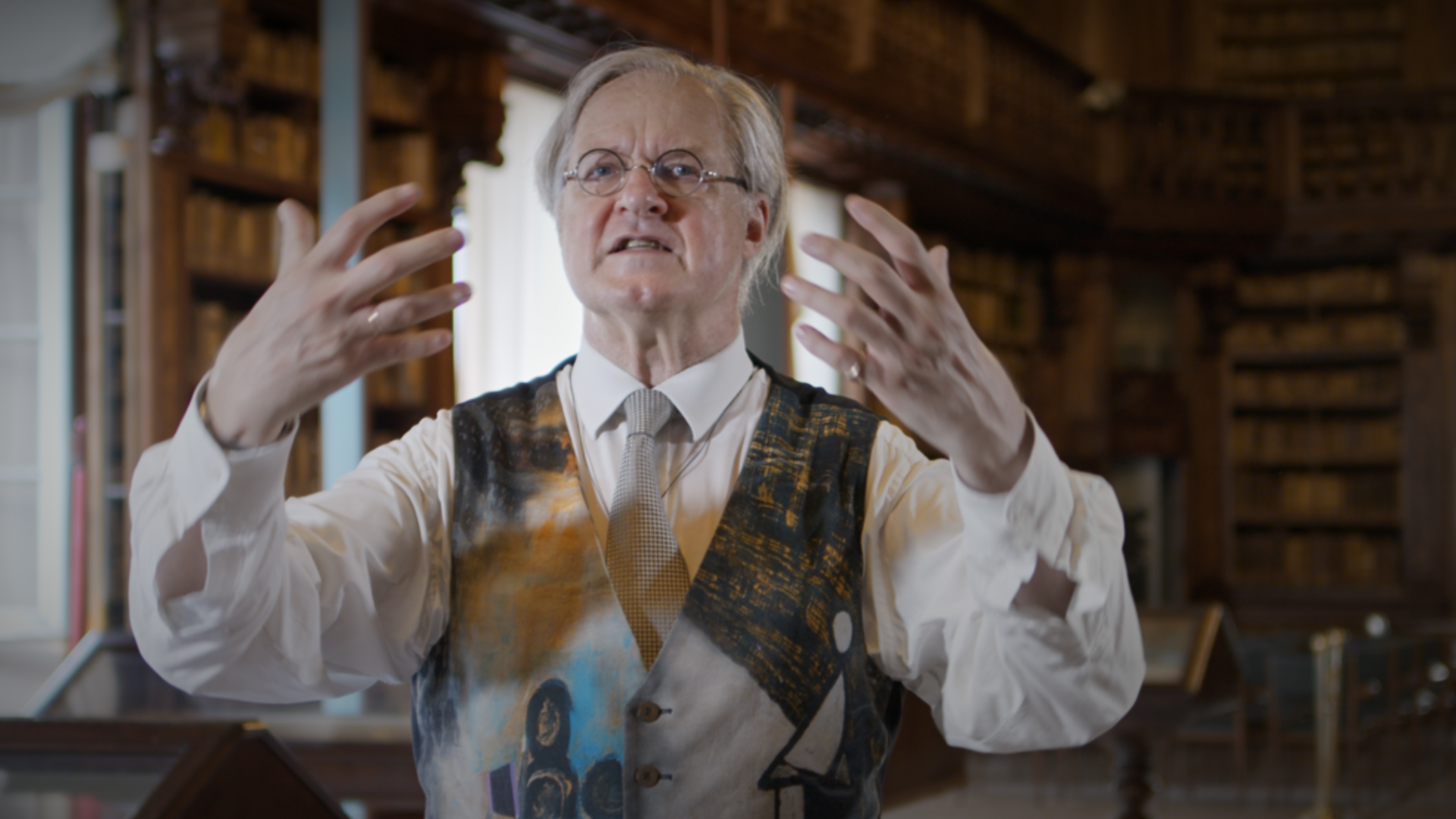 
“We all live, like Boccioni, Freud and Einstein, without knowing what the future holds for us, just as Einstein in 1907 did not foresee the full impact of his awareness that energy and matter are related. However, Einstein’s future, Freud’s and Boccioni’s have largely been realized. It is to dwell on Boccioni’s modernity James M. Bradburne, director of the Pinacoteca di Brerain Milan, a casket that houses some extraordinary masterpieces by the master such as Brawl in the Gallery and theSelf-portrait of 1908.
Bradburne’s is one of the authoritative voices that, in the unpublished documentary entitled FORMIDABLE BOCCIONI written by Eleonora Zamparutti and Piero Muscarà and directed by Franco Rado, produced by ARTE.it Originals in collaboration with ITsART and Rai Cultura, and available exclusively on Its ARTreturn the faithful portrait of the brilliant, restless artist, the first actor of Futurism. 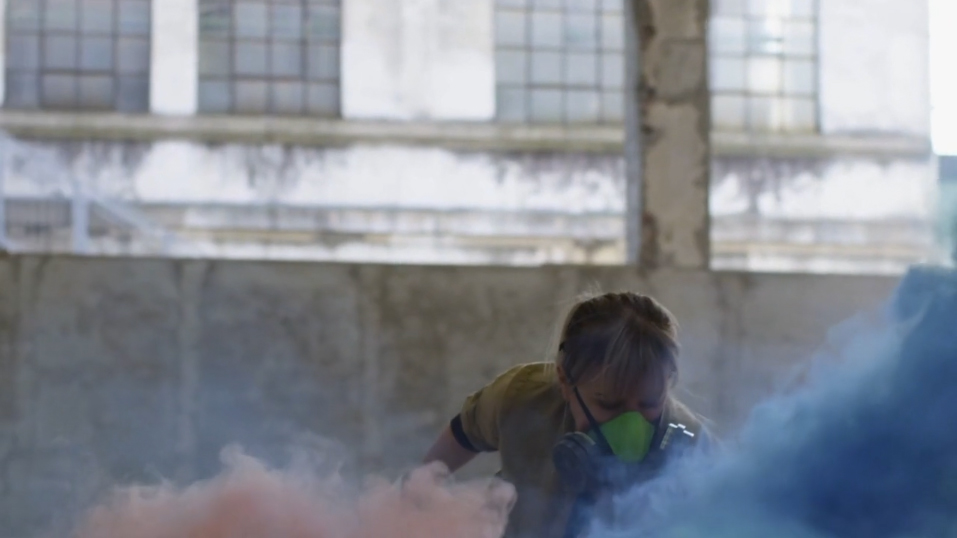 Having become a painter in an unconventional way, Boccioni, embracing Marinetti’s revolution, dedicated his life to inventing a new contemporary language to express modernity in painting and sculpture. The turning point was 1910, when, on 21 February, Boccioni met the poet Filippo Tommaso Marinetti, founder of Futurism, in Milan. And from the same year is also one of Boccioni’s masterpieces kept in the Pinacoteca di Brera, Fight in the gallerycomposed in the months immediately following the signing of the Technical Manifesto of Futurist Painting (1910), where the painter uses – and exaggerates – the pointillist technique to study the movements of the crowd and to create unprecedented effects of light and dynamism, accentuated by the use of vibrant complementary colors.
It was precisely in Milan, attracted by the new technological spirit that animated the city, that Boccioni had moved after a period spent in Rome, disappointed by the artistic climate of the capital where the ferment and novelties stirring in Europe did not find any resonance.

Let’s talk about 1910. Why was the first decade of the 20th century so extraordinary?
“There has probably never been such a period. These are the years in which Freud publishes the first writings on the subconscious, Einstein formulates the theory of relativity, Picasso is the first to lay the foundations of Cubism. We are talking about dynamic years, of rupture, which witness the culmination of resistance and the desire to change the world”. 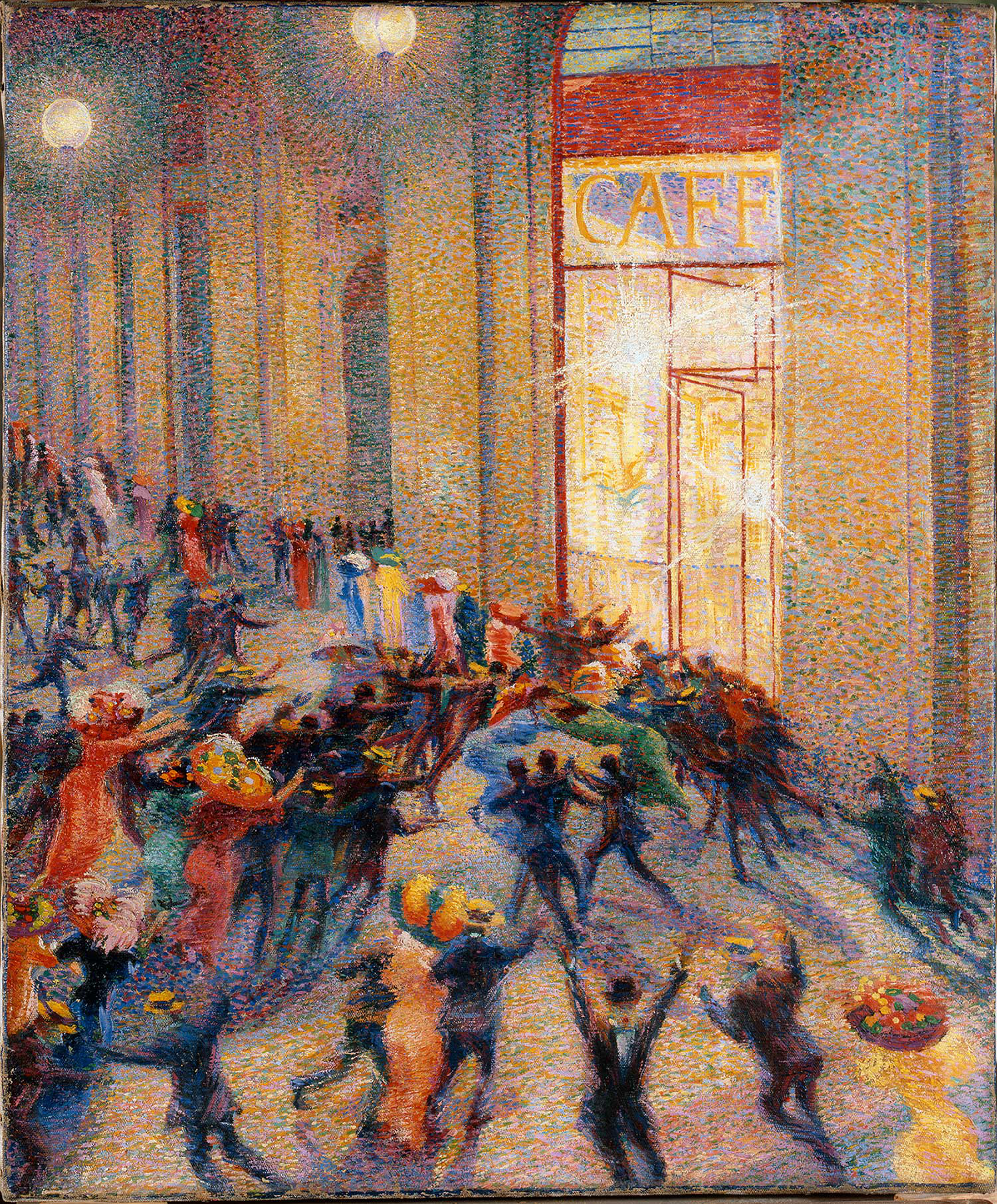 What was Milan like in those years and how did it influence Boccioni?
“Milan was at the center of modernity in Italy. And here we have the Galleria, a very modern building in itself, a huge temple of shopping that extends in four directions. And then there is Boccioni who is making a transition from an already innovative style of painting to something else, and is on the verge of making a discovery. As a young artist he is looking for a new language capable of expressing the ideas of an era in which the first airplane, the first car, the first telegraph peep out. We see an artist who is experiencing the birth of modernity”.

What years were those?
“Futurism was consolidated around the figure of Marinetti, but it needed a catalyst. This was happening in all the major European centres, in Paris, in Moscow, in London. There was an anxiety related to the future – because there was extreme optimism about the kind of world we could create with machines that could do things – but also an anxiety that came from a world that was clearly collapsing. We are at the end of the Austro-Hungarian Empire, we are at the end of a world order. A few years after the end of the First World War, Boccioni himself died. It’s a moment where he looks forward with excitement. On the other hand, Futurism also suggested that modern ideas were a way to sweep away the rubble of the past”.

However, it was Paris that won the title of world art capital…
“Marinetti, Balla, Carrà and Boccioni were part of the Italian ferment of modernity, but naturally the center of the cultural universe was not Milan, but Paris. In Paris we would have met Picasso, Giacometti, Duchamp, Surrealism and the Dada movement made their debut in Paris. Everything important in the artistic world happened in Paris. It was obvious that for a young artist looking to the future and wanting to create a new world, there was only one place to go and that was Paris”. 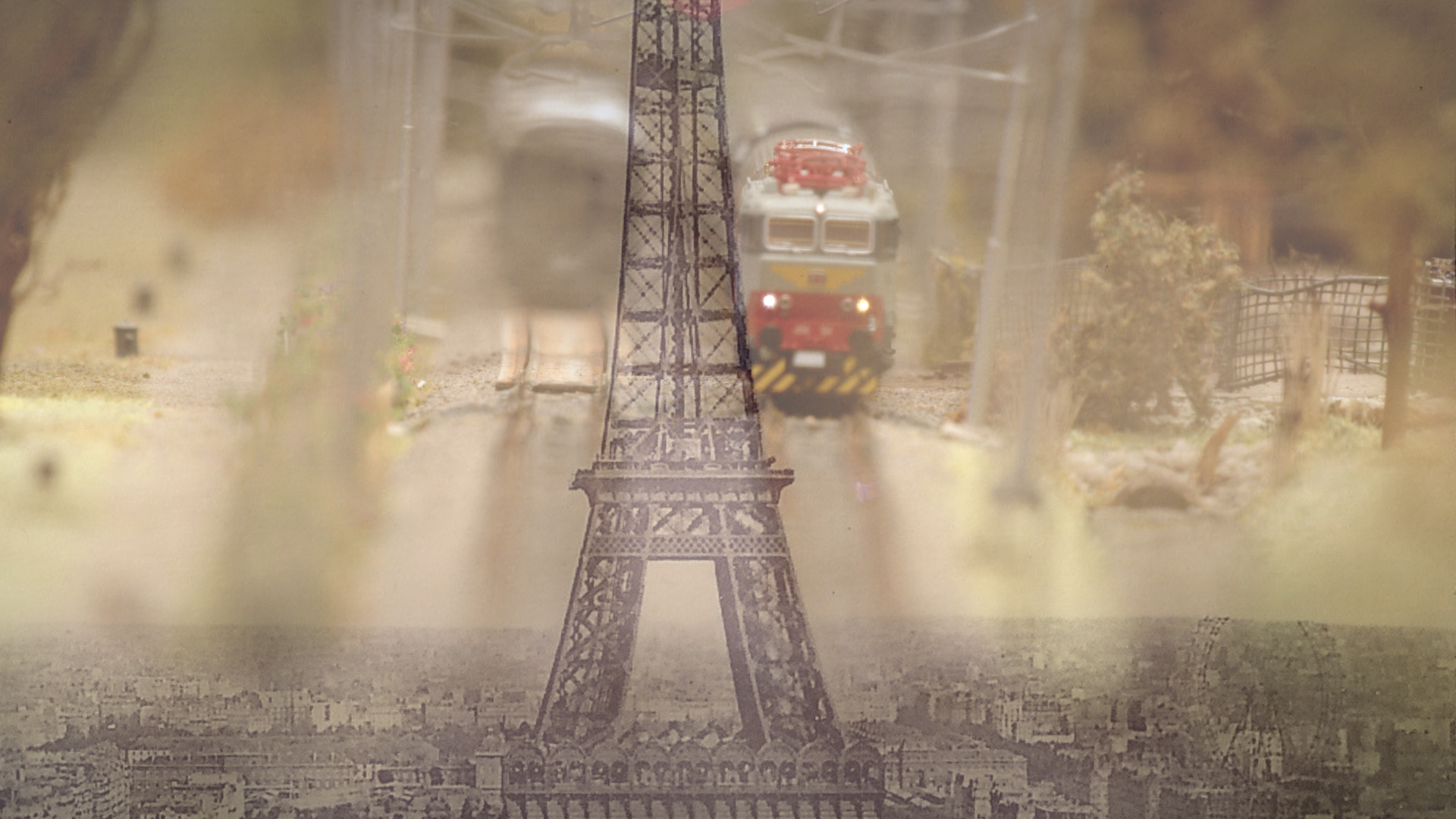 Yet Paris was not found so prepared to welcome the revolution of the Futurists. Why wasn’t the French capital ready yet?
“We have to consider that in different ways the Parisian public was still very relatively conservative. Paris was not only the center of the cultural world, but it was also the heart of the European economic world. The press did not take futurism well but we must also consider how the artistic community has received it. Picasso also lived in Paris and Picasso was understood by that small group of people which included artists such as Bocconi, Marinetti, Carrà. They understood that.”

What did the war represent? What is the modernist battle of the futurists?
“Young people in those years saw war as an opportunity to be knights on white horses, to be heroes. They saw war as a healthy and necessary operation in Europe to get rid of the old monarchies and old encrustations. In the eyes of a thirty-year-old in 1914 it was necessary to create a bright new world in which airplanes and cars would go fast and everything would work out. It was an idealistic and deeply optimistic vision of a utopian future. They thought that modernity could wipe out the problems of the old world, and that’s why they were interested in the aspect of fascism that promised to clean up everything, to overcome the old bureaucracy to overcome the old political class, nepotism. A modernist battle was being fought. Boccioni died in the war because he believed in war understood as a cleaning operation, in England, as well as in France or Germany ”.

What is the world of art imagined by Boccioni?
“The world of art imagined by Boccioni is one that goes beyond the definition of the object and the frame, it is the world we live in today, a world in which culture and visual culture are available in the form of sound, light of experience. We are living his vision of the future, he stood on the threshold, just as Einstein in 1907 did not foresee the positive and negative effects of his awareness that energy and matter are interrelated. Einstein’s future, Freud’s future, and Boccioni’s future have actually been largely realized.” 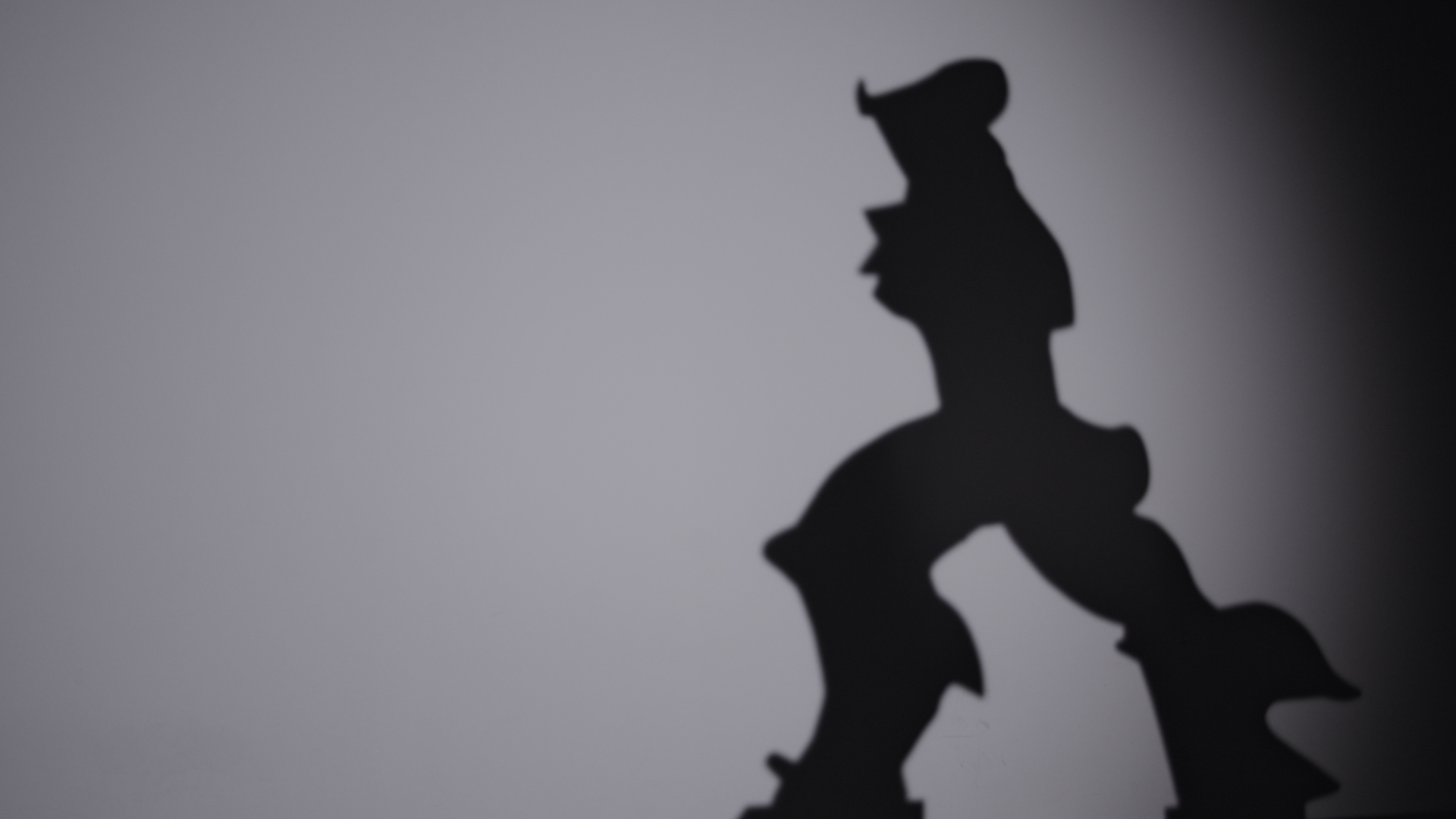 Read also:
• Peggy Guggenheim and Umberto Boccioni. An explosive encounter in Karole Vail’s story
• Boccioni’s works to see in Italy
• Traveling with Boccioni. The masterpieces to be admired in the world
• Formidable Boccioni. The futurist genius in a documentary film
• Ester Coen talks about Boccioni, the painter who challenged the futurists with strokes of light and dynamism